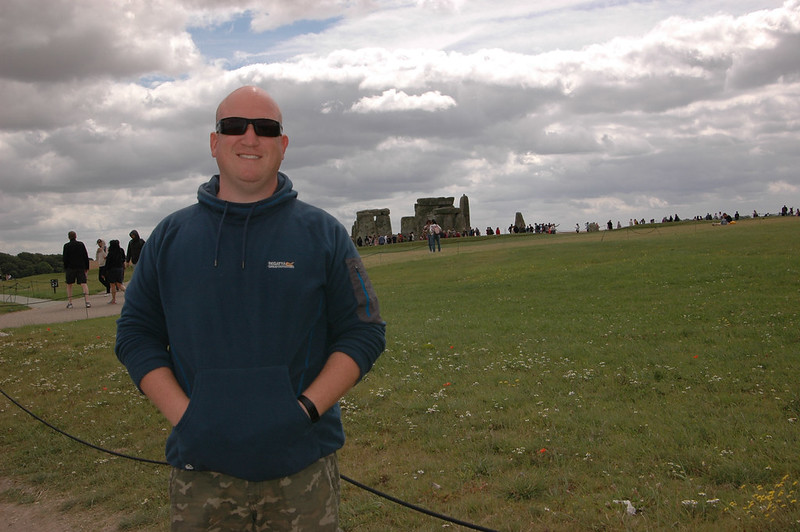 Last week, I was lucky enough to visit Stonehenge. Due to my work in design research, I have a hard time not seeing the world through the lens of artifact analysis. Stonehenge itself is one giant artifact of something we know little about. Researchers have a pretty good sense of what Stonehenge was used for but are not too sure as to why it exisied. In other words, we have the thing, but, we don’t have the context to know why the thing existed.

This makes me think about the things we have today and see in our daily lives that were designed a certain way but that original context is gone. For example, a modern sedan car is based off of old stage coaches. They had room for three people in the front (remember bench seats?) and cargo and people in the back. The driver could more or less steer through the yoke. When horseless carriages appeared, they kept the same bench seat and replaced the yoke with a rudder (like a ship) and eventually a wheel (again like a ship) that shifted the axles left and right. Eventually, that gearing was aided by power steering pumps to make turning at low speeds more manageable. Today, some cars replaced a direct connection between the wheels with steer by wire system that has no mechanical components. In fact, a steering wheel isn’t even necessary anymore and could, instead, be replaced by a joystick.

Bringing it back to Stonehenge, the steering wheel on current and future cars has the potential on becoming a mystery to future generations. Why did we use something so archaic (a wheel) when there were so many other technologies available to us? Why did the people of 3500BCE build a giant stone structure when they could have written or etched the same astronomical tools that the stones provided? It was obviously for something that our contexts prevent us from seeing.